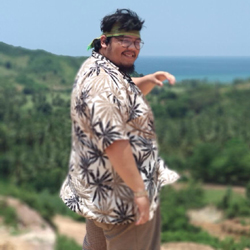 These have not only been internally funded, but also externally funded and resulted some major publications and wider disseminations, including significant public engagements. Feeding directly into Indonesia’s stakeholders and policy makers, he has repeatedly helped government to assist and create numerous impactful policies on criminal and criminal justice area.

Marbun is one of IJRS’s researcher that regularly writes an op-ed for national newspaper, and also a regular academic papers writer in the field of criminal and criminal justice research. Most recently, he has been collaborating with psychology and sociology colleagues, creating a Sentencing Guideline on Corruption Cases for both Prosecutor Office and Supreme Court by using a Sense of Justice research approach, which derives from public opinion and expert opinion.

Bachelor of Law, University of Indonesia (2015)