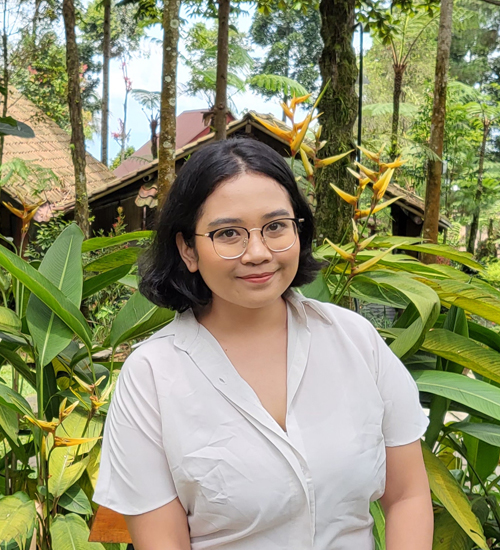 Maria Isabel Tarigan, commonly called Maria, graduated from the Faculty of Law, University of Indonesia in 2018. During her studies, Maria, who specializes in Criminal Law, was active in the UI Student Court as a Member Judge (October 2017 – March 2018) and Chief Judge (March 2018). – October 2018).

Prior to joining as a researcher at IJRS, Maria had joined as a research assistant and enumerator at the Institute for Research and Advocacy for Judicial Independence (LeIP), internship at the Attorney General’s Office of the Republic of Indonesia, and attended the Criminal Law Clinic as well as an internship at LKBH-PPS UI. Maria also facilitated the training of the Indonesian Migrant Workers Union in Sukabumi and Indramayu.

Maria has an interest in the issue of criminal policy in the Narcotics issue. This interest has grown since 2018, as can be seen from Maria’s thesis which raised the theme of regulation of the use of medical marijuana. Until now, Maria is actively involved with civil society organizations in advocating for medical marijuana regulations, one of which is by submitting a Judicial Review application to the Constitutional Court regarding the policy on the use of Narcotics Category I for health.

For two consecutive years, Maria has also served as editor-in-chief of the Indonesian Judicial Journal: Teropong. Issues raised in the Teropong Journal under Maria’s management include the role of supporting state institutions in law enforcement and reform of criminal procedural law.

At first glance, Maria, who really likes the color blue, contributed to the change in the cover of the Binocular Journal to a blue nuance during her tenure.

Throughout her journey at IJRS, Maria was involved in several research and advocacy activities, including criminal research in the PKS Bill, research on legal aid services at the Attorney General’s Office, assistance in the preparation of Guidelines no. 1 of 2021 concerning Access to Justice for Women and Children in Criminal Cases, as well as the preparation of a monitoring form for the implementation of Supreme Court Regulation (PERMA) No. 3 of 2017 concerning Guidelines for Adjudicating Women Facing the Law in Courts.

Maria also joined in advocating the Regulation’s Plan of Sexual Violence and advocating for gender issues and vulnerable groups in the RKUHP.

Bachelor of Law, Faculty of Law, University of Indonesia (2018)